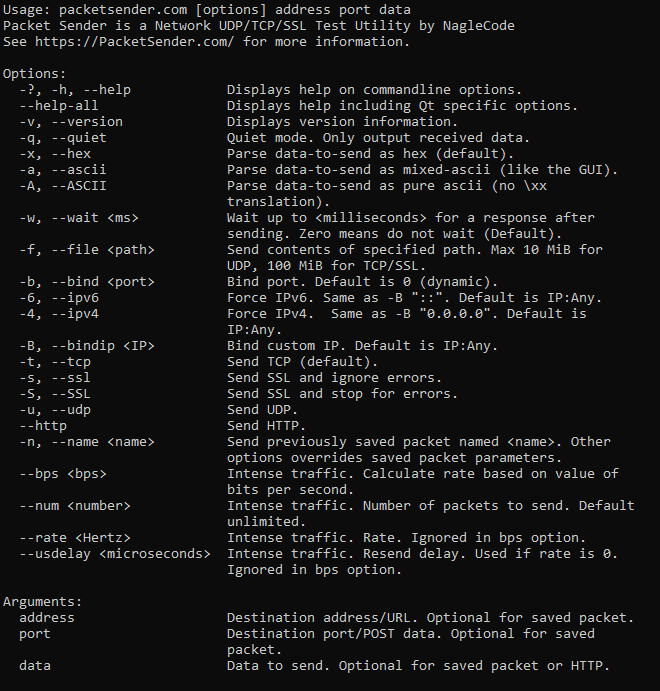 Packet Sender is a utility that sends and receives TCP, UDP and SSL (encrypted TCP) packets on the ports of your choosing. It supports IPv4 and IPv6 and provides a GUI for final users. However, is also possible use Packet Sender in text mode via command line. Some features:

* Can act as client/server to send and receive network traffic.

* A payload can be created in ASCII or hex.

* Command line mode is available for automation and scripting.

* Packet Sender cloud is a disposable resource to be used to publicly display and distribute packets (via an URL) for collaboration, tutorials, end users, etc. Packet Sender may import public packet sets with public URL. Some uses:

* Control network-based devices in ways beyond their original apps.

* Test network connectivity/firewalls (by having 2 Packet Senders talk to each other).